This post comes at you from one exhausted and sunburnt girl 🙂 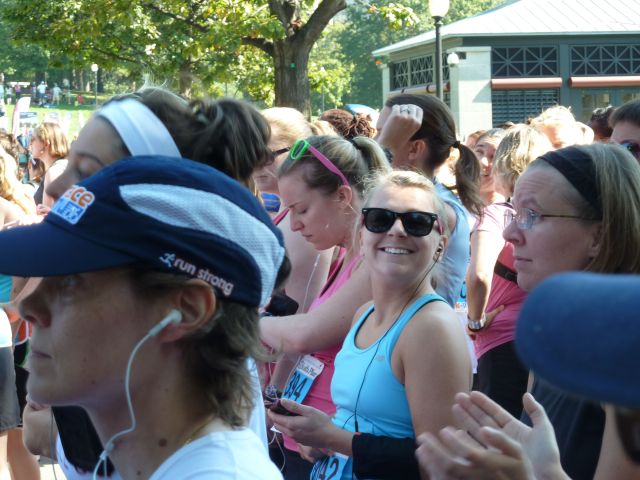 I started my day at 7:30 am, waking up and mentally preparing myself to run. I often get up early on race day to let my body wake up and do it’s thing…whatever that may be on that day.

My parents agreed to come in to Boston and cheer me on so around 9:30 we loaded up the car and got ready to go! It was nice to not be heading in by myself and took the ease off me to not be behind the wheel in Boston traffic on race day. By the time we parked and walked through the park the official warm up had started. I joined in for a bit but the heat was already killer and it was a little more jumpy than I usually am before I run; I’m such a creature of habit. We had some time to kill at this point so we walked around and surveyed the scene: 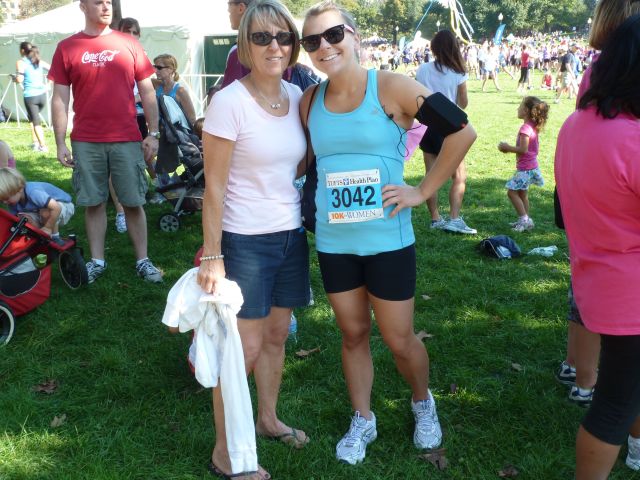 After some stretching, water guzzling, and a few bathroom trips (only use porta-potties at races, gross), it was time to line it up:

Thousands of women (and a few men) standing at the start, getting ready to run 6.2 miles in unseasonably hot 85 degree heat! To say that I was overwhelmed would be an understatement 🙂 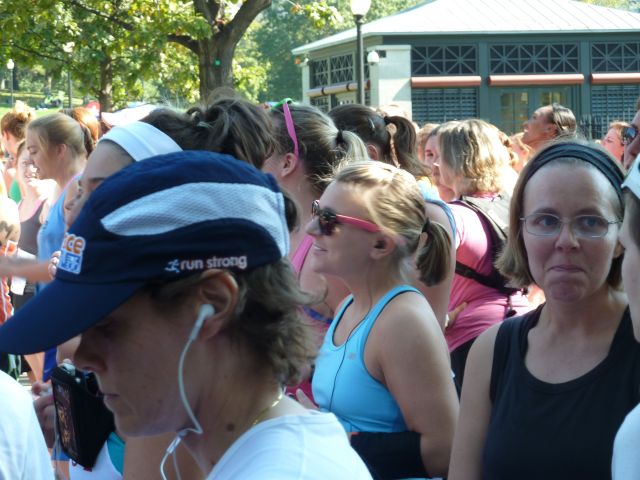 The energy of this kind of race is infectious; despite the fact that it was hot out and I was definitely feeling subpar, the women around me lifted me up and kept me going. I’ve never been one for water stations but in this race they were necessary. The run took us through the streets of  Boston, across the Mass Ave. Bridge to Cambridge, up and down and back up Memorial Drive, and back over the bridge again to come back around. By the time we reached the bridge (between miles 4-5) I was feeling a little queasy. I took a walk break and was able to snap a picture: 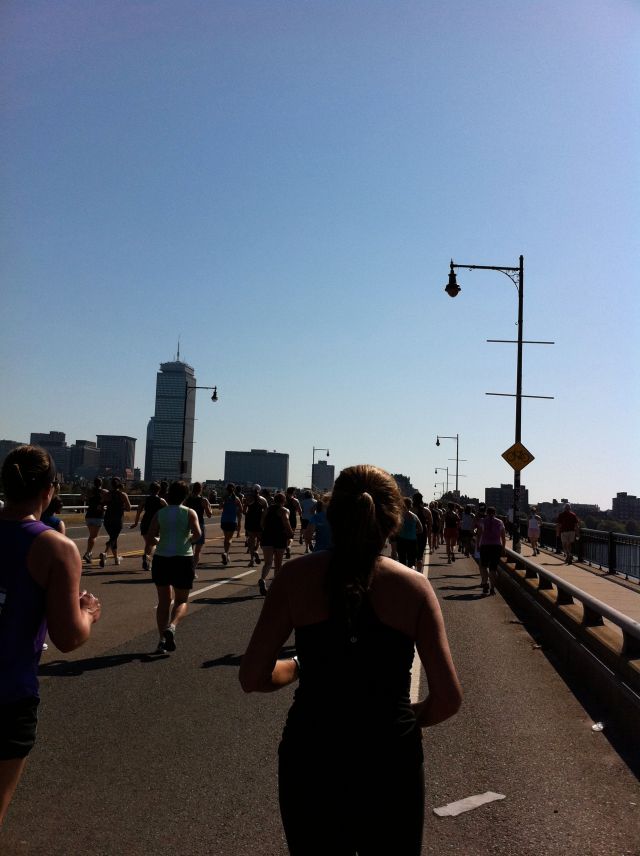 The bridge was such an experience: intense with the heat and the slight incline, incredible with the views and the enthusiasm. I ended my walk about halfway across the bridge and ran the entire way through to the finish. As I ran down the home stretch to the last turn before the finish, I was definitely pumped up by the growing number of spectators and kids giving high-fives. As I took the final turn I began looking for my parents and getting energized by the site of the finish. I picked up my pace and when I finally found my mom and dad I broke into an all-out sprint. I crossed the finish line with an official time of 1:05:18; not my fasted 10k but definitely pretty amazing considering the heat! As I walked the post-race path I gathered water, powerade (regular and zero), a banana, a fruit cup, and a luna bar (which I later realized was not dairy-free). After a few phone calls and texts I found my parents: 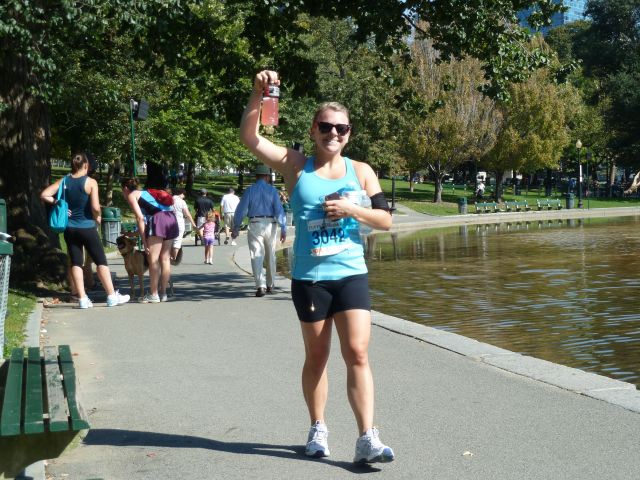 I hadn’t been up for eating much pre-race, after I was ready for some snackage but mostly fluids. Post-race eats: banana, water, powerade, mini-Luna Bar, lemon slush, Puffins. Sooooo random! When I got home I foam-rolled and stretched, showered, read in the sunshine, and iced!!! By dinner time I was starving; a sushi-feast was the only way to settle that. No photos were taken of the food because it was inhaled!

At this point I’m too exhausted to hold my head up straight and I need to switch the ice from quads to glutes. Can’t believe how far I have come in a few short weeks; I am inspired by what my body is capable of!!

Tell me: when or how have your inspired yourself? What is one thing you have done that you never thought you were capable of?

Have a great night everyone, it’s time for some sleep!!